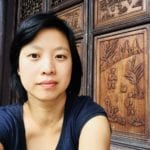 Olivia Khoo is Associate Professor in Film and Screen Studies at Monash University, Australia. She is the author of The Chinese Exotic: Modern Diasporic Femininity (Hong Kong University Press, 2007), and co-author of Transnational Australian Cinema: Ethics in the Asian Diasporas (Lexington, 2014). Olivia’s articles have appeared in Camera Obscura, GLQ, and Hecate: An Interdisciplinary Journal of Women’s Liberation. She is also the co-editor of four volumes: Futures of Chinese Cinema (Intellect, 2009), Sinophone Cinemas (Palgrave McMillan, 2014), Contemporary Culture and Media in Asia (Rowman and Littlefield, 2016), and the Routledge Handbook of New Media in Asia (2016).

On the Joys of Administration: Or Race, Failure, and the Neoliberal Academy

Khoo explores the role of emotions in knowledge formation, reflecting on how to learn from failure in the midst of the constant push towards greater productivity in the neoliberal academy.