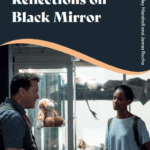 Kingsley Marshall is Head of Film & Television at the CILECT accredited School of Film & Television, and a member of the project team at the Sound/Image Cinema Lab, both based at Falmouth University, UK. As a film practitioner, Kingsley focuses on sound design and music composition for film, and the production of short and micro-budget feature films. He has served as executive producer on the feature films Wilderness (Justin John Doherty, 2017), The Tape (Martha Tilston, 2021) and Long Way Back (Brett Harvey, 2021). He developed and produced Backwoods (Ryan Mackfall, 2019), and composed the score to Hard, Cracked the Wind (Mark Jenkin, 2019) and Dean Quarry (Rachael Jones, 2021). Kingsley’s academic research focuses on cultures of film and television production, sound design and music, and the representation of the technological development as part of the ‘fourth industrial revolution’. He has published widely and speaks regularly at international conferences.

‘Witchcraft is just a way of concentrating energy’: An Interview with Anna Biller

Writer/Director of The Love Witch (2016), Anna Biller meets Kingsley Marshall to chat about writing women and challenging the patriarchy.