Holding the Herbarium is a poetic-visual text that forms part of an ongoing artistic-research project titled Speculative Subjectivities. The project is shaped by a series of encounters with organic materials including minerals and rocks, algae, and fossilised animal remains of extinct species. During these encounters, creative methods of noticing (Lowenahupt Tsing 2017) are engaged, and poetic language functions as a method to materialise narratives and affects to bring the materials into contact with the broader context of environmental change.

The project seeks to address the gap in forms of language and representation that occurs within human-non/human relations and to experiment with practices of attention and noticing within this gap. The aim is to not write about but to write with and to avoid representation or objectification of the algae. This engagement draws on methods of diffraction (Haraway 1992) to explore how language might illicit shifts in perception by drawing together different times, locations, movements, scales and practices (Parikka 2018). In this process, the encounter functions as an ‘intra-action’ wherein ‘a differential sense of being is enacted in the ongoing ebb and flow of agency’ (Barad 2003: 817), while poetic language functions as a means to register what occurs in this relation.

Holding the Herbarium charts an encounter with cyanobacteria, a form of blue-green algae, stored in the Natural History Museum in London. In the field of science, it is hypothesised that approximately 2.35 billion years ago, cyanobacteria were responsible for the rapid oxygenation of Earth’s atmosphere during the Great Oxidation Event (Schirrmeister 2015). This event subsequently led to oxygen-breathing organisms and to the development of multicelled complex life forms (Blaustein 2016). Cyanobacteria is today monitored and controlled due to the toxicity of algal blooms that are increasing with climate change and are harmful to mammals, including humans, as well as other organisms (Carmichael 2016). In this sense, cyanobacteria destabilise human exceptionalism and the privileging of human history by pointing towards the precarity of a situation, in which algae has the ability to create and take life.

In the Natural History Museum in London, cyanobacteria are stored in the botany collections, where the temperature and humidity are carefully monitored. The ‘specimens’ are preserved, dried out and flattened onto archival paper. The poem uses ‘breathing-with’ or the idea of resuscitation as a mode of engagement and attempts to find agency in how the algae writes itself on paper. 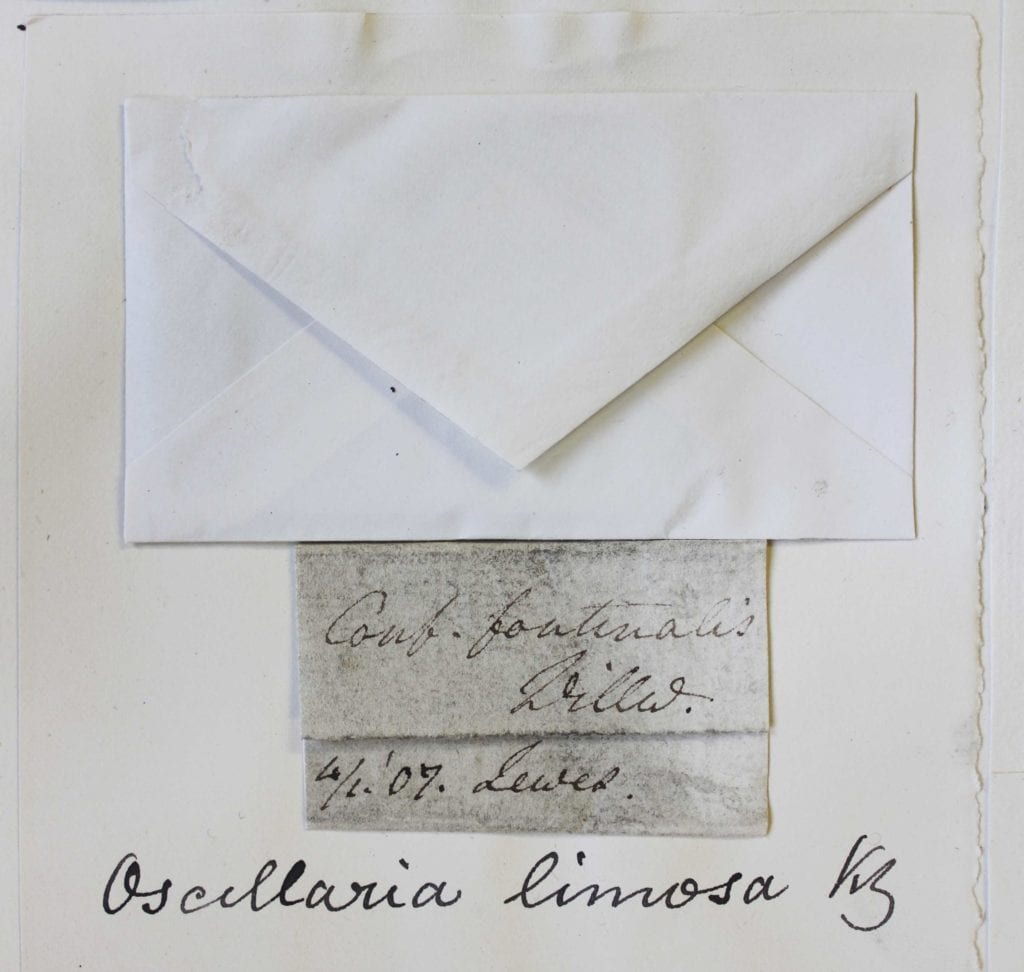 She is writing to the taxonomist

about her loss of breath

expeditions she was not part of.

of absinthe and aquamarine

She believes in the molecular

fixated with origins and endings

perceives a liveliness in them

though her eyes ache. 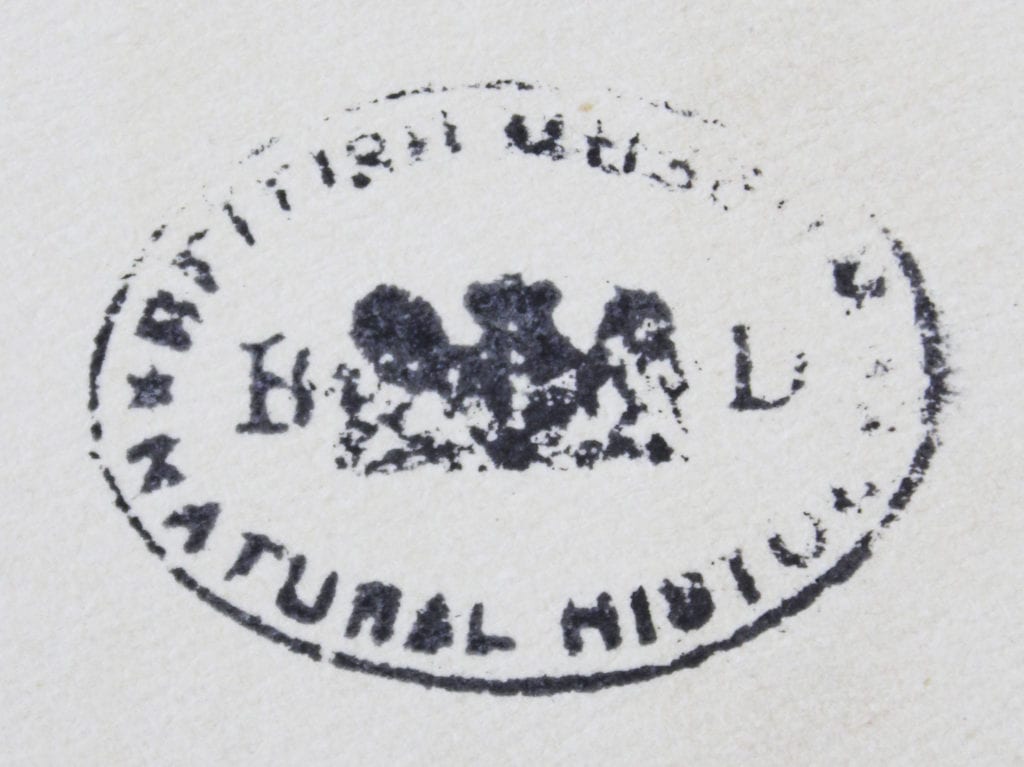 In here everything becomes data.

The hum of the heating

a keeper and a carer

in a world of information

a shape that shouts 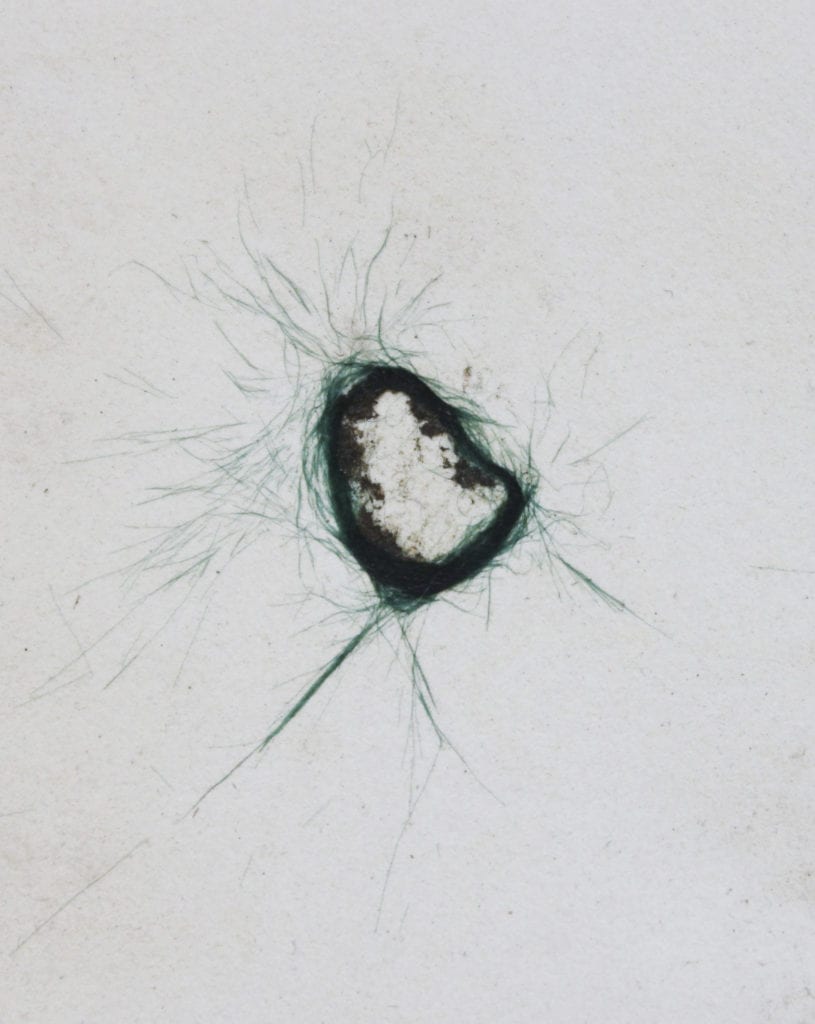 sand in your filaments

calling out for water.

will our fluids leave 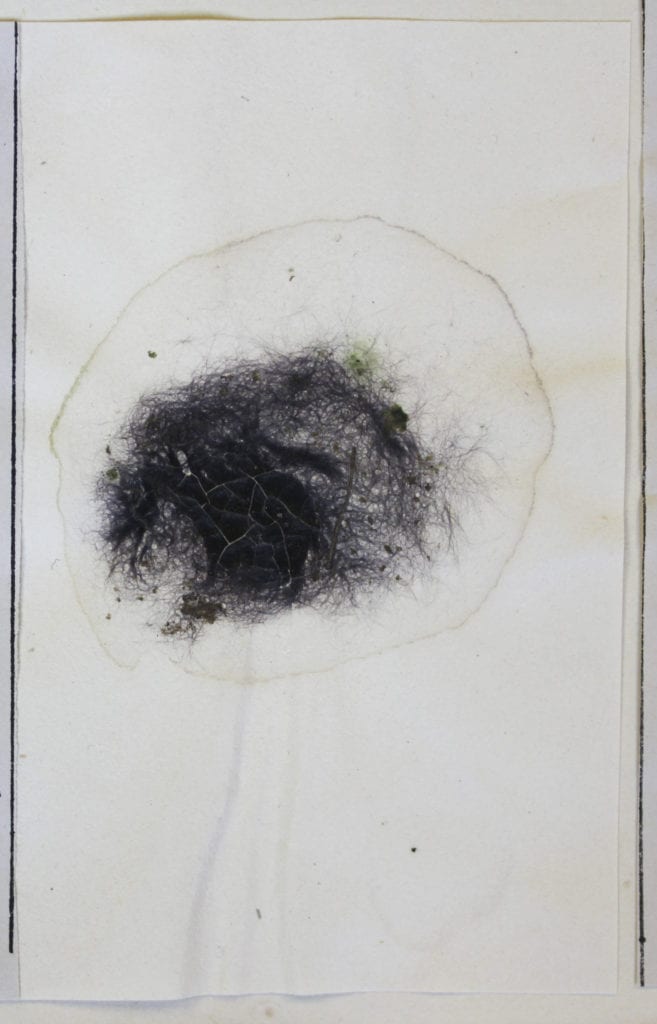 how long did it take

peel from the page

where the gasps happened.

A record of asphyxiation on paper.

Stifling, you breath me in 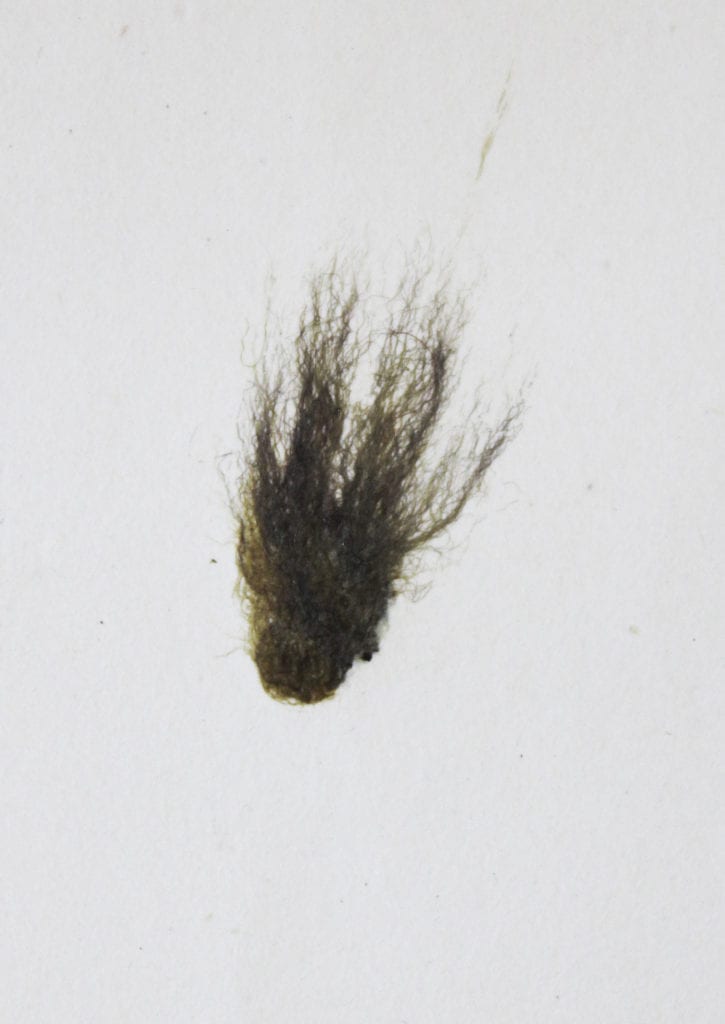 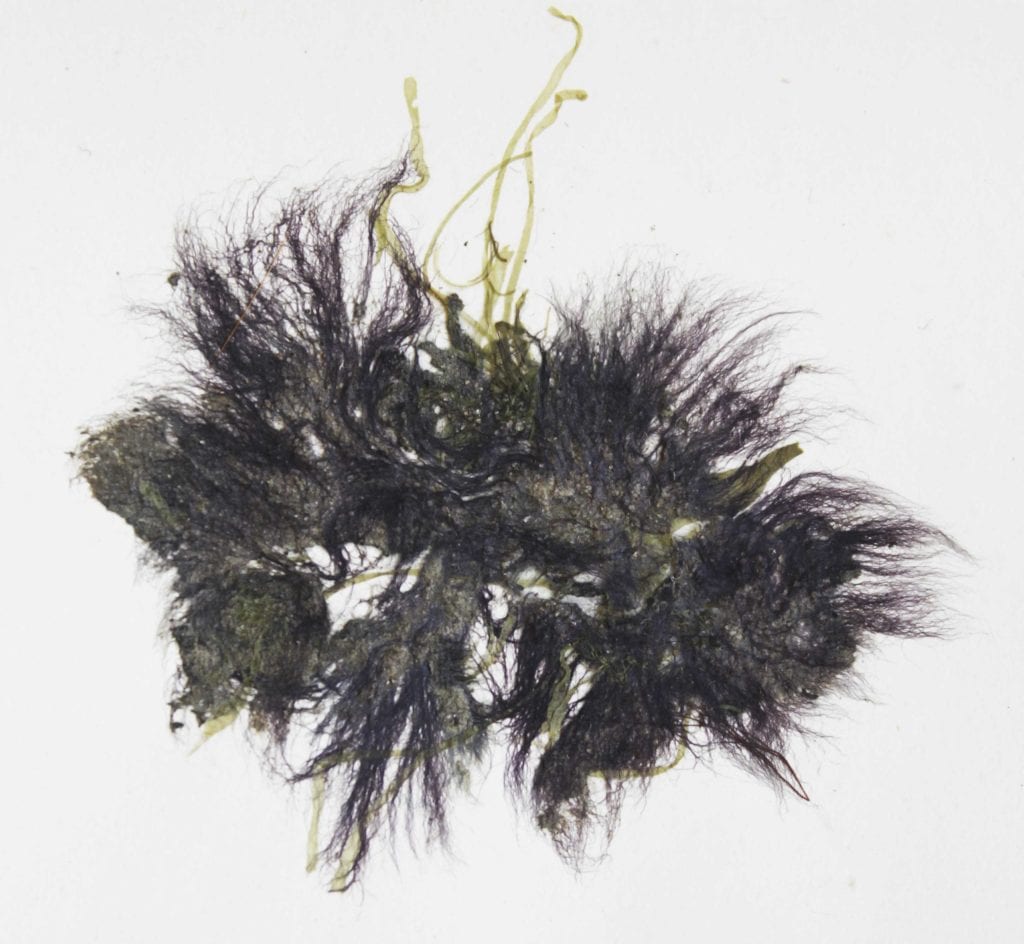 of sea and swamp 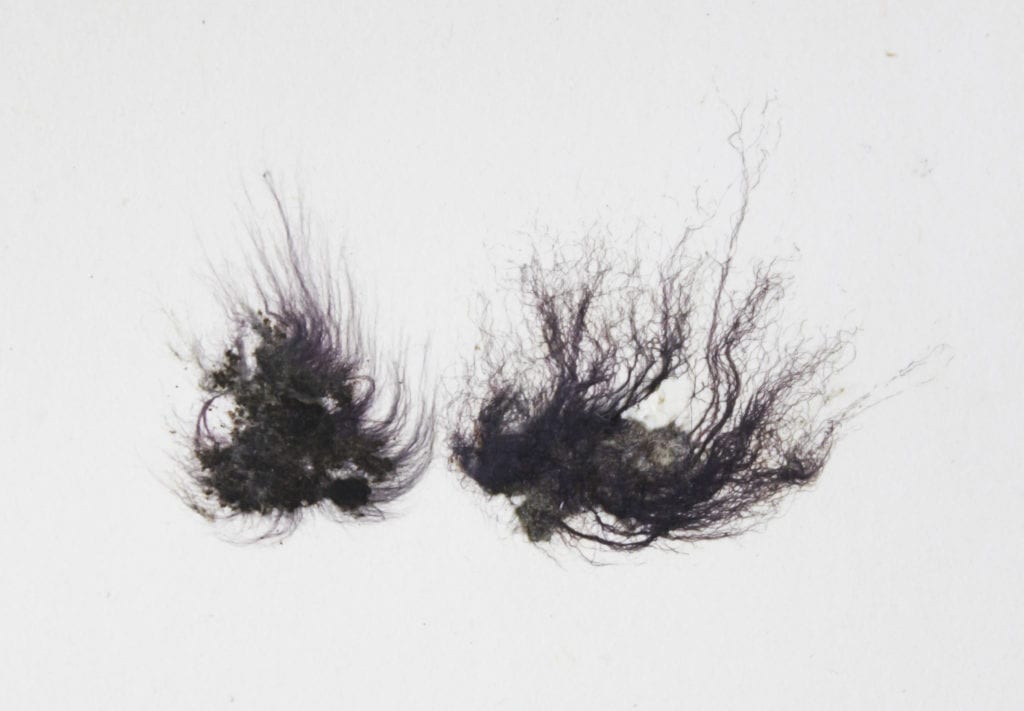 The ink to name you

mistaking it for water

‘men shall be wise’. 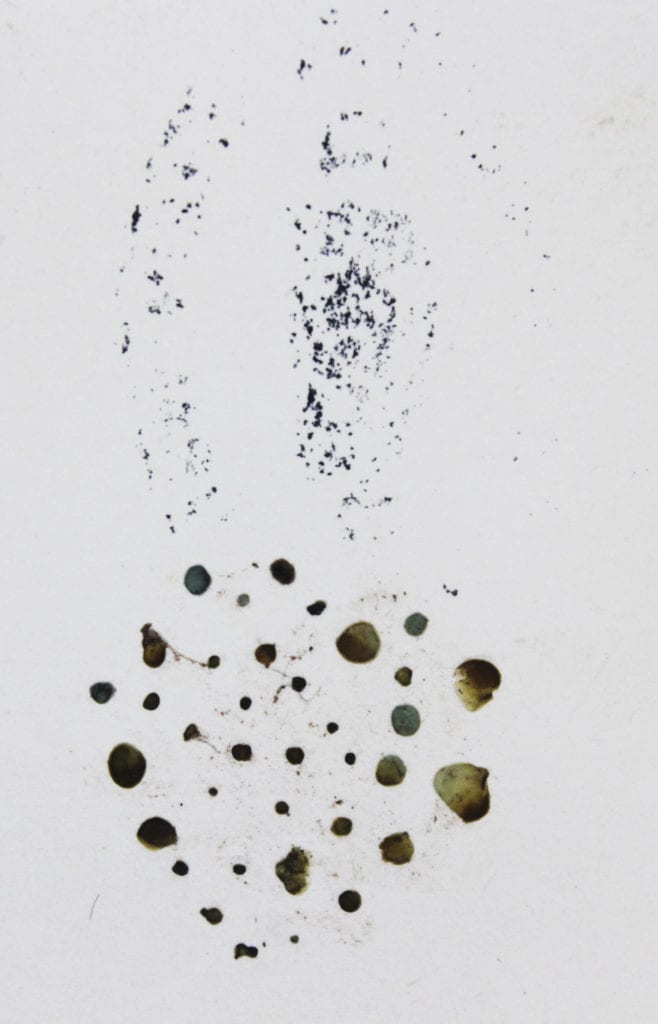 a mesh that catches

to find another form 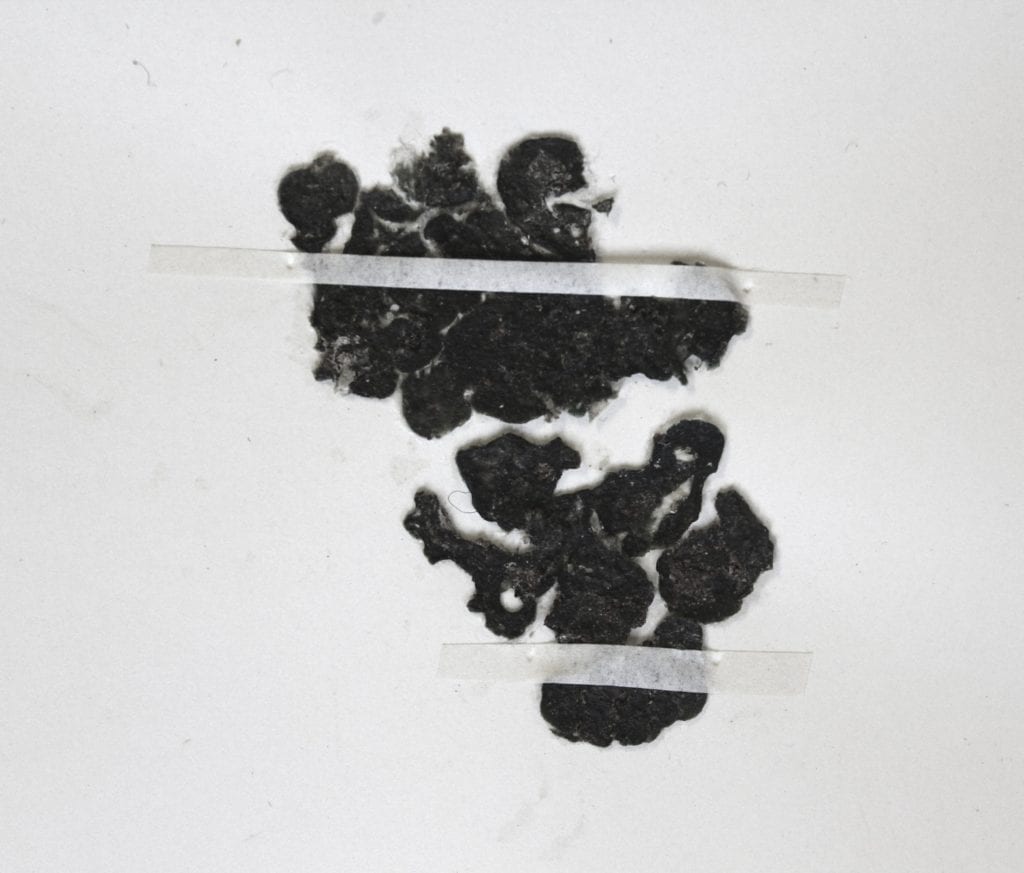 they are putting down

grass after the ice. 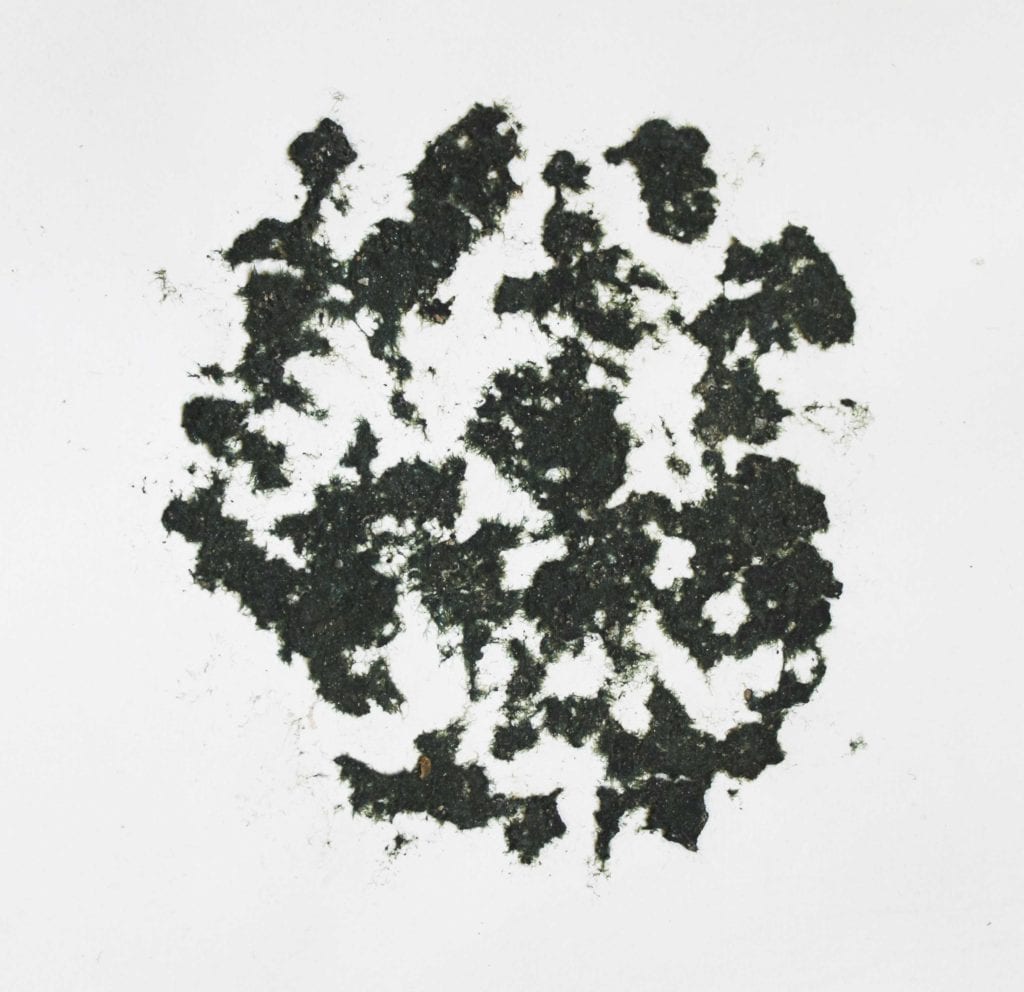 to the open window

Lowenhaupt Tsing, Anna (2015), The Mushroom at the End of the World: On the Possibility of Life in Capitalist Ruins, New Jersey: Princeton University Press.