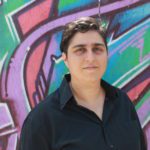 Wazhmah Osman is an Afghan-American academic and filmmaker. Currently, she is an assistant professor in Media Studies and Production at Temple University. In her book Television and the AfghanCulture Wars: Brought to You by Foreigners, Warlords, and Activists (University of Illinois Press, 2020), she analyses the impact of international funding and cross-border media flows on the national politics of Afghanistan, the region, and beyond. She is also the co-director of the critically acclaimed documentary Postcards from Tora Bora and the co-author of the forthcoming Afghanistan: A Very Short Introduction (Oxford University Press). Her research and teaching are rooted in feminist media ethnographies that focus on the political economy of global media industries and the regimes of representation they produce. In her recent work she extends these critical inquiries to the politics of representation and visual culture of ‘The War On Terror’ including gender/sexuality discourses and how they reverberate globally and locally. Osman endeavours to intervene on these subjects beyond academia. She has appeared as a commentator on Democracy Now, WNYC, NPR, and Al Jazeera and works with community and activist groups. She has worked in television and film production for American and international media institutions and as an independent journalist and filmmaker. Her critically acclaimed documentary films have screened in diverse venues, ranging from human rights organisations to national and international film festivals.

MAI’s Aparna Sharma met with Wazmah Osman not only to reflect on the condition of women in the country but also on that of the female refugees. Here, they consider the most effective and useful ways to support our Afghan sisters.