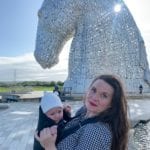 Leanne Dawson is Senior Lecturer at the University of Edinburgh, where she focuses on gender, sexuality, and socio-economic position/class in screen studies, literature, theatre, performance art, archives, and festivals.  She currently holds an AHRC Research Leader Fellowship, for which she is writing a book, Poor Queers, about LGBTQI+ and working-class representation in British cinema while working with festivals and audiences to improve access and inclusion.

Her publications include books, Queering German Culture (2018) and Queer European Cinema: Queering Cinematic Time and Space (2017); special journal issues, Queer/ing Film Festivals (with Loist, 2018), Queer European Cinema(2016), The Other: Gender, Sexuality and Ethnicity in European Cinema and Beyond (2014). She is finalising a monograph on queer identities on the German screen from the 1930s to the present day and is about to begin editing a special journal issue on working-class culture and work on a queer pregnancy and parenting project.

She was the first Chair of the Scottish Queer International Film Festival; co-founded the Queer Screens Network; is a consultant and advisor to a range of artists and organisations; mentors young queer people in film curation; makes film; curates film for independent cinemas; is an invited jury member for international film festivals, and shares her academic expertise in the media.

Investing in People Before Buildings: The Case of Filmhouse Edinburgh

Dawson considers a proposed 60 million pound cinema in Edinburgh and the measures needed to make it accessible and welcoming to all.

Culture in Crisis: A Guide to Access, Equality, Diversity, and Inclusion in Festivals, Arts, and Culture

Dawson outlines inclusion measures to make festivals and arts/cultural events more accessible for minority and disadvantaged groups: people with disabilities, working-class, those in poverty, and parents and carers.