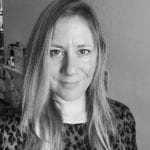 Dr Isabelle McNeill is the Philomathia Fellow in French and Film at Trinity Hall, University of Cambridge, where she has taught film studies and French literature since 2005. She is the author of Memory and the Moving Image: French Film in the Digital Era (EdinburghUniversity Press, 2010) as well as articles and essays on film in relation to memory, the city, home, tourism, Internet culture and girlhood. She is currently writing a book on the cinematic rooftops of Paris (for Wallflower). She is working with Cambridge colleagues Louise Haywood and Georgina Evans as part of Tactics and Praxis, a group exploring intersections between academic work and creative practice as part of a feminist, ethical response to academic institutions (https://www.tacticsandpraxis.org/). She is chair of the Cambridge Film Trust, which she co-founded, a charity that runs the Cambridge Film Festival and other initiatives.

Tactics and Praxis: A Manifesto

Determined to reclaim their enthusiasm and energy for research and teaching, three scholars test using creative praxis in their institutional space to resist the patriarchal and neoliberal pressures in today’s university.

‘Perhaps we could have loved each other’: Re-visioning Women in La bohème

In response to Sally Potter’s energising critique of La bohème in Thriller (1979), McNeill’s video essay explores feminist possibilities of re-visioning culture from the past.