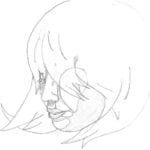 Ana Maria Sapountzi is a PhD student at the Department of Film Studies, University of St Andrews, where she works on her queer study of Laurence Olivier’s major Hollywood performances. She has a MLitt in Film Studies from the University of St Andrews and a BA(Hons) in Film and Screen Studies from Bath Spa University. Ana Maria has been a library assistant at the Museum of Modern Art, NY and has worked at the Andy Warhol Film Archives within the Whitney Museum of American Art, NY. Her research interests include gender, sexuality, identity, performance, stardom, aesthetics and subversion.  In her spare time, Ana Maria enjoys painting, reading, writing poetry, beachcombing and playing video games.

Reading and Resistance: Re-visiting The Witch’s Flight: The Cinematic, the Black Femme, and the Image of Common Sense in Politically Turbulent Times

A critical look at Kara Keeling’s first monograph The Witch’s Flight: The Cinematic, the Black Femme, and the Image of Common Sense (2007).