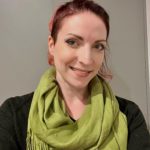 Alex Bevan is a Senior Lecturer in Digital Media at the School of Communication and Arts at the University of Queensland. She researches the relationship of gender, technology, and space in popular representation. Her current work turns to popular conceptions of technology and space that are embedded in media representations of gender violence. The new book project, Cutting Through the Park, focuses specifically on media portrayals of stranger violence against women as told across public and private spaces. Her first book, The Aesthetics of Nostalgia TV, treated gendered nostalgia on American television as told through space, aesthetics, and narratives about media technology and technological progress. Alongside 14 years of teaching gender studies and media in the classroom, she has published widely on gender and media in Feminist Media Studies, Cinema Journal, Body & Society, Convergence, Continuum, and Television and New Media. Her first degree was a BA in Architecture at Yale University, and her MA/PhD was at Northwestern University’s Department of Radio/TV/Film. She is a passionate advocate for public awareness around domestic violence.

Heard/Depp: A Movement Built on Absence & What I’m Not Saying